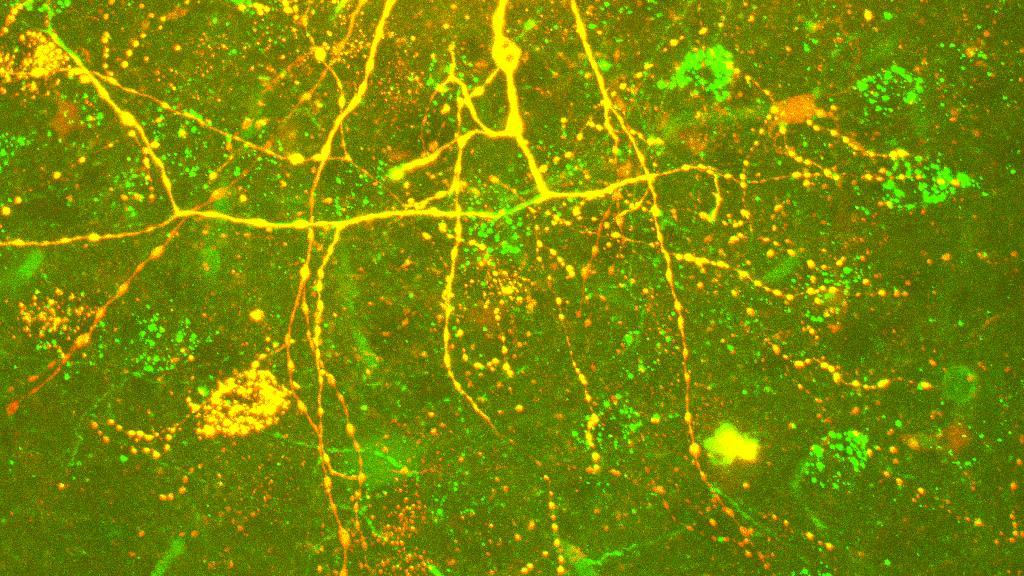 A group of researchers studying brain cells have found a new potential target for pharmacological therapies that may help treat Alzheimer’s disease. Beta amyloid plaque, which appears to be a toxic build up of fragments of amyloid precursor protein (APP) in the brain, has long been associated with Alzheimer’s disease, and has been one of the major targets for Alzheimer’s treatment. Amyloid precursor protein plays an important role in the brain, and when this protein is broken down in nerve cells the toxic byproduct beta amyloid is formed. Cellular compartments enclosed by a membrane, called vesicles, are responsible for transporting proteins such as APP throughout the cell. Vesicles are usually stabilized by groups of proteins that keep the vesicle together so that the APP is ‘shipped’ to where it needs to go without being degraded. The group of proteins responsible for stabilizing the vesicles used for APP is called the retromer complex.

“merge_max” by Mark Miller is licensed by CC BY-ND 2.0

One thought on “New Target For Alzheimer’s Treatment”